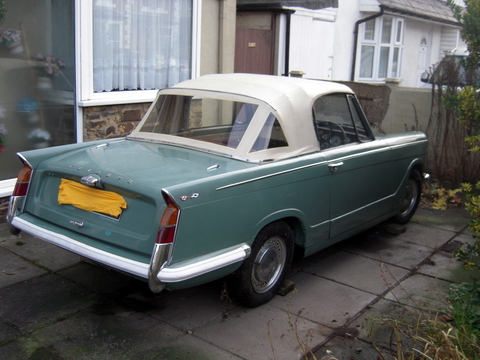 This convertible came to light in 2013 – a remarkably solid looking UK convertible in Lichfield Green. Here’s the details of the advert:
“The car has had 4 owners including us. We also have the original old style logbook & some bills of work undertaken during its life. The car is Sorn at the moment & has been since 2006, it was also last MOT’d in 2006. The rad was drained & has been parked up & covered up since then, I did put a spanner on the crank last week & it turns ok, but I have not tried turning it over with the key, but I have no reason to think it would not be easy enough to get it up & running as it ran very well prior to parking it up. The mileage is 60,795. The bodywork is in good sound condition, but there is a crease in the passenger door that would need repairing.”

The car Y22508CV retains it’s original engine Y27736HE but had lost it’s original numberplate 3175TR which locates the original registration to Southampton between February and June 1961. (Registered 17th February 1961). The new numberplate AOB 729A would have been added a few years ago – when the DVLA issued non-matching numbers so this car now could get a better, more suitable dated numberplate if the new owner wishes. 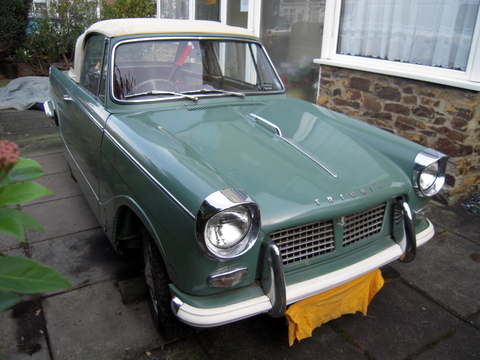