When you buy an old car, it’s like a mystery you want to solve. I bought my Triumph sight unseen off Craigslist, for $4,000 in the fall of 2012. I started a full restoration, and the more I took the car apart, the more I learned about it.

By looking at patches that had been hidden from the sun, I was able to figure out what color it was originally. Because the car was only made for a short time, parts were hard to find. Using the Internet, I found parts I needed in New Zealand, Australia, and Norway. I found an organization that keeps records of old car companies, and was able to determine that mine came off the assembly line in Britain on April 2, 1960, and was exported directly to the Chicago area.

Then one day, a big piece of the mystery was solved. I took the Triumph to a car show in a neighboring town. A stranger came up to me, absolutely dumbfounded. He said that his family had owned this exact car back in 1960. He told stories of family road trips, and was able to later show me photographs of himself as a 6-year old with the car.

The restoration took two years. It was hard! I’m glad I did it, but I’ll never do it again. 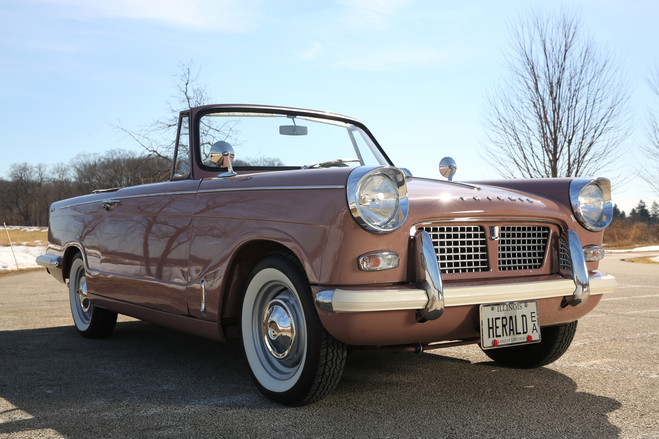