A former Harpenden school caretaker has revealed a link with one of the town’s famous sons, national treasure Eric Morecambe, who brought him sunshine in the form of a powder blue Triumph Herald convertible.

Colin Foster, who until 2015 was resident caretaker at St George’s School in Sun Lane, has recalled buying the Triumph Herald in 1968/69 from a yard in Harpenden, before the comedian became famous.

He said: “I saw it advertised in the Herts Advertiser. It was a long time ago, when I was young and handsome! 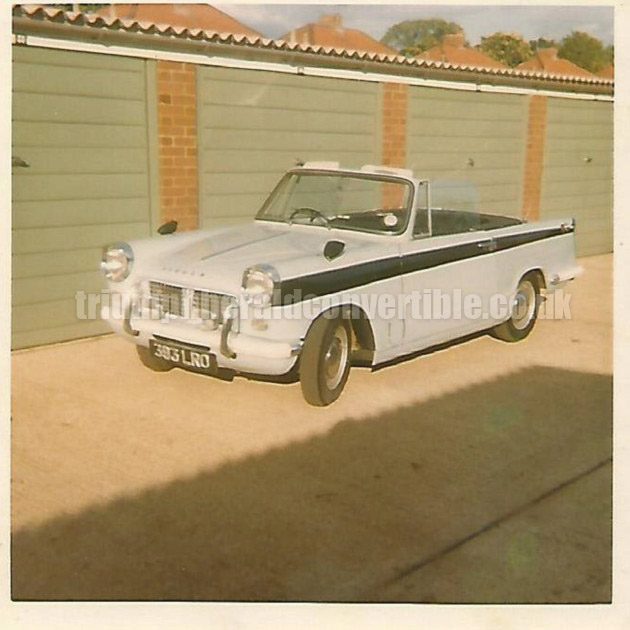 “The car was a Triumph Herald convertible and powder blue – I thought ‘what a lovely car’. I imagined myself driving it in summer. Eric was the previous owner of the car, but his wife used to drive it.”

However, Colin did not realise the vehicle’s connection with the comedian until he started seeing him appear increasingly on television. 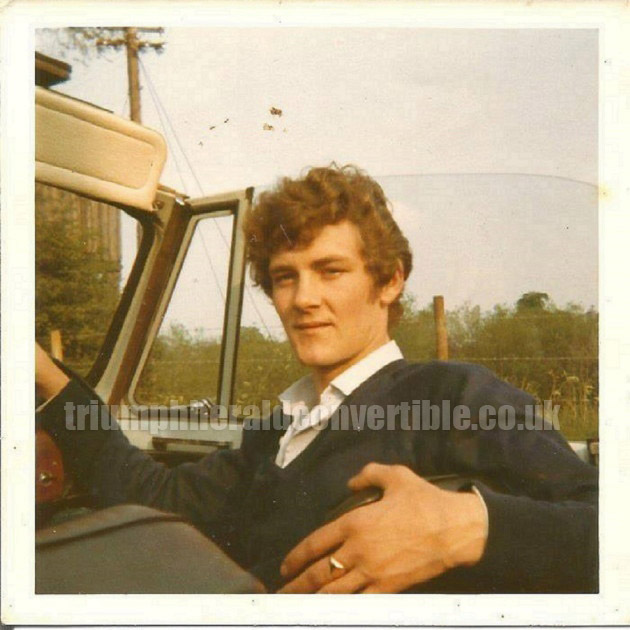 He explained: “I bought it before he was just starting to become famous in the 1970s.

“When I saw him on TV, I knew the name, as it was in the logbook as John Eric Bartholomew [his stage name was Eric Morecambe]. I had the car for about one year.

“I polished it up and it looked like a dream. It was my first car and people used to whistle at me.”

Colin added: “I sold it because it was just a car – they come and go – plus, I needed a family car. 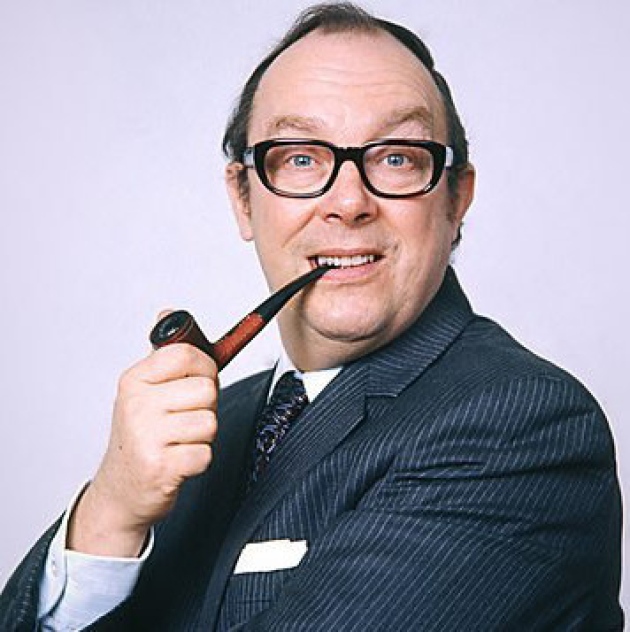 “But I feel that it is quite unique, to have owned Eric’s former car before he and Ernie Wise became really famous stars.”

People have shared their memories about him on the (Harpenden History’s) website, recalling him as a keen birdwatcher and amateur photographer.

One man noted that Eric and his wife parked their “Rolls or maybe their Bentley near the old Barclays Bank building on the High Street. He got out, did a ‘Morecambe’ jiggle dance all around the car to let his wife out. It was very funny. Lovely bloke.”

The car itself was registered in Hertfordshire between June and July 1962.

Was it bought new?
Here’s an article from 1963, TV Times mentioning the Triumph Herald.

The return of the Morecambe and Wise Show next Saturday has prompted many TV Times readers to ask: “Who is Morecambe and who is Wise?”

The answer: Morecambe is the one who… er… Well you can tell Wise by his… er… So I sought out Morecambe and Wise and asked them to explain. Here is their report on each other.

Wise talking about the other one: “He is the tall, thin, specky one. Is an impulsive drinker from a cupped hand (empty). Has gold fillings in his fingernails.”

“He says he is tall and thin because he was raised on a diet of spaghetti as a child. Specky because he can’t see.”

“Eric is keen on Tegestology (beer mat collecting) because he likes pickled ology sandwiches. Describes himself as an ingenius nut. Eric is funny. Funny ha-ha. I’m always laughing at him. It’s a mistake to laugh with him.”

“Like today. We had lunch. Came the bill. They always come don’t they and spoil the meal? Eric said ‘I’ve forgotten my wallet, Ern.’ I laughed. Ha-ha-ha. So did Eric. Ho-ho-ho. SO did the waiter. We ended up in a rolling ball on the floor.”

“Then Eric surfaced and said ‘I have, you know.’ He had. I paid. Twenty five bob plus tips and a bottle of Tibetan Burgundy.”

“Mind you, Eric is younger than me. (For the record: they are both 37 – with six months in it). He’s more irresponsible. Dresses racy. Not a Ted. But casual. Pyjama jackets at dinner. Old socks. Bow ties and football shorts.”

“And eating. Anything new on the menu, he’s in. Clams, yams or human hands. He’s the only man I know who can tie a clove-hitch in spaghetti blindfolded.”

Drinking is the same. Eric will dabble with any odd concoction behind the bar, other than the barmaid. Mint julep to clotted jungle juice – he’s your boy. Music – he likes singers. From Carmen Macre to Screaming Lord Sutch. As long as they make with the vocal chords, Eric goes funny all over.”

“But in other ways he’s conservative. He drives slowly and carefully. (Morecambe owns a Rover and a Triumph Herald). This is because he is frightened that if he goes too fast he will meet himself coming back.”

“But he’s a great guy. Great. We’ve worked up a telepathy on stage. He knows what I’m thinking and I know what’s on his mind. He’s fed up and coming over here right now.”

The other one on Wise: “Ern is the short, roly-poly, desperate one. Has an obsession for Rutland cream – it whips Devonshire – and baked mastodon on toast. Which explains why he is roly-poly.”

“He’s a cricket fanatic: after all, the bar is open ALL DAY. Also a keen tegestologist because he like beer.”

“He’s conservative. Dresses well. Suits with trousers. His legs have feet. Ties worn around the neck, not the waist. He’s got an old school tie. Her name is Daphne, but I promised not to tell…”

“Eats regularly, does Ern. A steady scoffer. Three hot, square meals a day, even if it is only a dog biscuit and a dollop of mustard. Likes steaks and fatty foodsa. Fatty. Yah, fatty. Look at him. He’s plump. That’s the word. Plump. It’s that apple pie and Rutland cream.”

“And have you heard his records? Jazz. That’s it. Jazz. Hundreds of trumpets blasting you out of your seat. He’s got 78’s from the old Benny Goodman days. And Blind Wille Dunn and his Gin Bottle Four.”

“Ern is cricket daft. Daft. You bet he’ll be running around organising a charity cricket match during our summer season at Blackpool. He bats. Which explains his resemblance to Dracula.”

“He drinks beer and wine – and water in them occasionally. A draught bitter man on account of leaving the door open. Give him a cigar and he’s happy. Light it and he’s sick.”

“He drives fastish. (Wise has a Sunbeam Alpine and a Ford Zephyr). But he’s a good driver. It’s only when he gets into a car that I worry.”