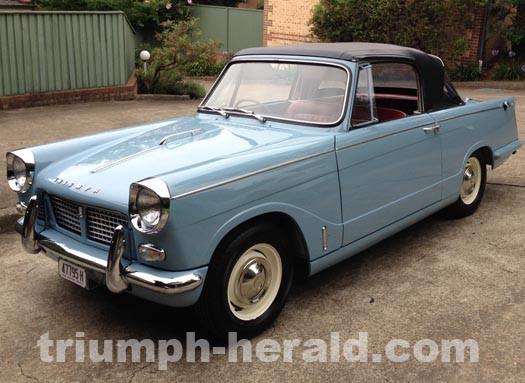 Y11781CV – so we can find a few details from the vehicle via factory records – It was sent in batch no. DHCN17 – that means it was part of the 17th batch of convertibles sent as kits and assembled in Australia. This car was the 202nd convertible in OZ. There were a total of 960 convertibles made this way by AMI. That’s 11.6% of total Convertible production.


An early feature on the car includes early 1959 radiator ‘support legs’ and no engine valances – which were dropped (in favour of the larger engine valances) around October/November 1959, yet this car was produced (then crated up for shipping to Australia) in June 1960!

AMI had its own locally made, distinctive interior with the upright parts of the front seats that hinged forward for access to the rear compartment, whilst maintaining the seat ‘squab’ fully attached to the floor.