SEM – Leatherhead 2001.
Despite having all the magazines since 2001 – only during a sort out did this little gem appear. A photo did appear which was taken at this event in May 2001 and now this article adds more info to the trip. The event was very hot and it was the same weekend that Liverpool and Arsenal played the FA Cup final (which Liverpool won 2 -1 with two Michael Owen goals).

Rosie – I do need to use the name more often! Won ‘Best in Group’ – Best Herald, in what it seems was a possible first ‘outing’ at a Triumph club event, with the then owner Paul Feast, having bought the car in January 2001. 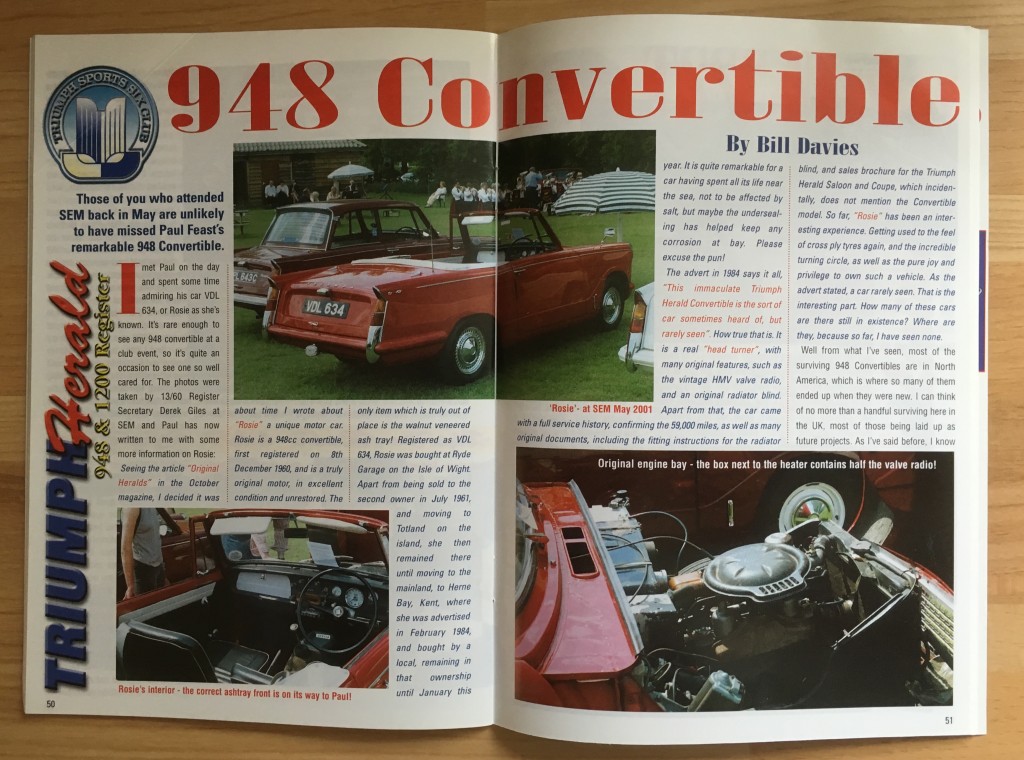 Once again there is very little change in the cars appearance from 2001 to today, 2016, fifteen years later.