The annual show at Sywell, Northamptonshire saw a good mix of cars, the odd smattering of aircraft and lots of vintage spirit. We were allocated ‘Pole Position Parking’ which meant we could park with all the classics but as we were about leave there was a fantastic opportunity for a photograph next to a distant relative – a 1913 Standard.

Both cars made by Standard with the Herald being moreso a ‘Triumph’ than a ‘Standard’ during the relatively short period the company was officially called Standard Triumph. 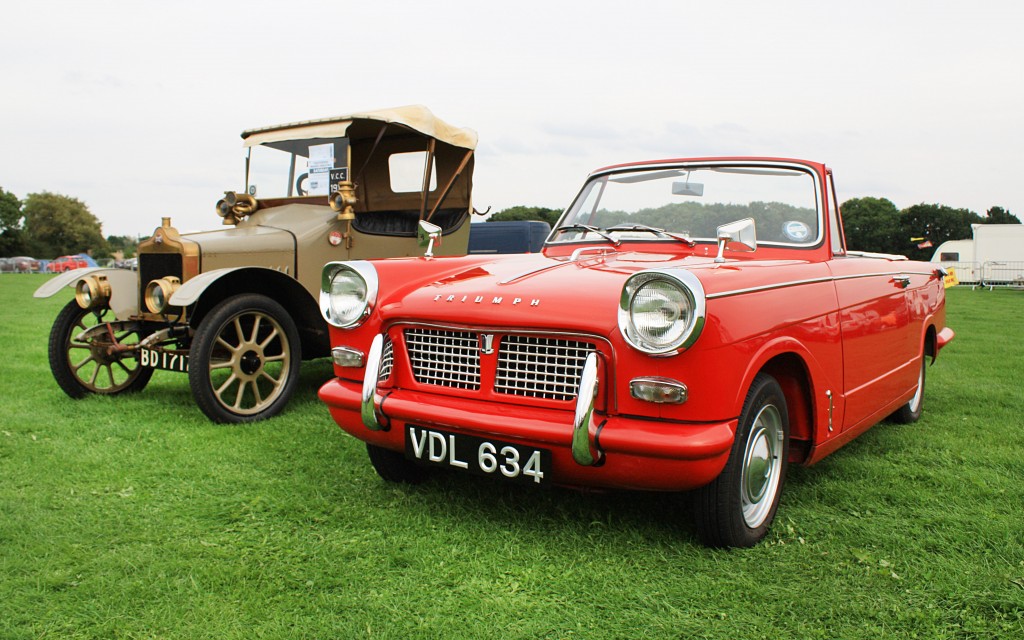 The show was a good stop off as we were collecting the Herald and enroute to a new home, after being in storage since June. 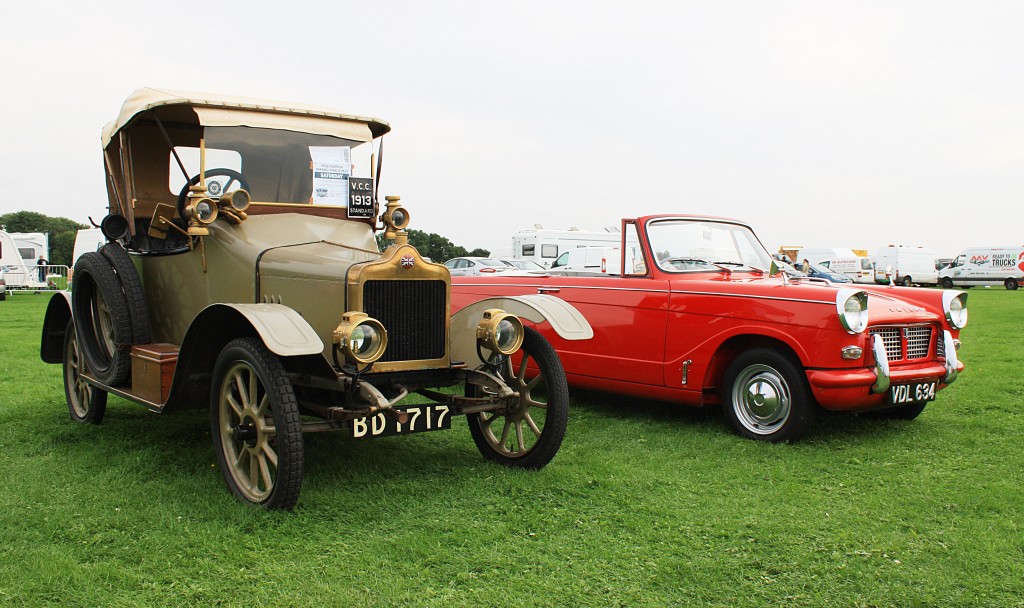