Stanley Donen’s 1967 dramatic-comedy Two for the Road includes this Red 948cc Triumph Herald convertible. This scene was filmed in the south of France with the car itself being a late car, registered after February 1961 in Middlesex. 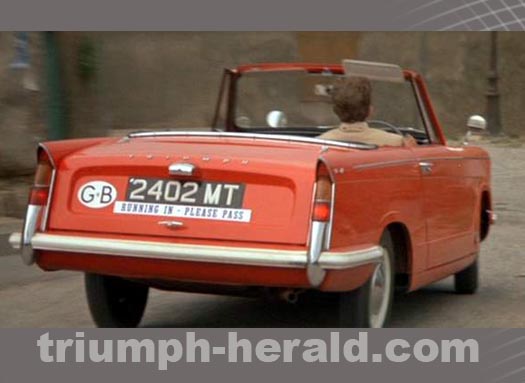 Starring fashion muse Audrey Hepburn, this is one of those films that really illustrates how interconnected fashion can be with film.  Two for the Road is a showcase of just about every important late 1960s designer.  The credits do not even mention them all, though it does list legends like Mary Quant, Andres Courreges, and Paco Rabanne.  All were associated with the artistic Swinging London scene…the result of the end of an economic boom in England and a global youth revolution on the rise.  The resulting modern–or Mod–design frequently included higher hemlines in colorful A-line shapes and a tremendous amount of experimentation in materials…everything from new synthetic fabrics to metal and plastic. London’s Carnaby Street was the center of the fashion universe at this time and Two for the Road featured many of its best designers. 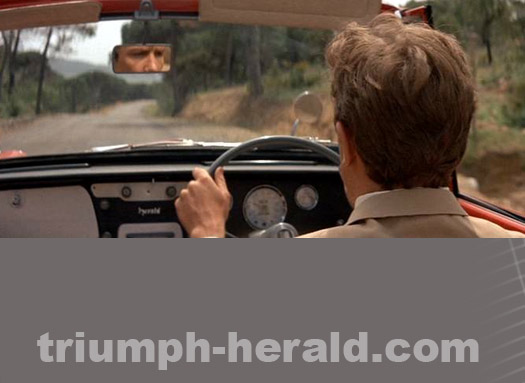 Sadly there are no scenes with Audrey Hepburn in the Triumph Herald convertible.