Sunday (7th August) saw the third annual Higham Ferrers Classic Car Show and, in keeping with the previous two shows, complete with fantastic weather. Over two hundred cars had booked in and were all heading to the Castle Fields for the event organised by the Rushden and Chichele Rotary Club.

The standard and variation of cars – most travelling only a few miles – once again was staggering. To put into context last years ‘Best in Show’ was a 1966 Jensen P66 prototype – the car proved so popular it has since had a very special year – firstly winning ‘Car of the Show’ at the Birmingham NEC Lancaster Insurance Classic Car Show and then recently featuring on the Cartier Lawn for the Concours d’Elegance at Goodwood House for the Festival of Speed. Impressive indeed!
This year, from the earliest example; a 1915 Model T Ford, the display of vehicles was incredible, taking in every era of manufacture up to the current day with a modern Ferrari 458 Italia.  A couple of standout vehicles, I liked, included a 1934 Scammell Mechanical Horse, a 1926 Austin 7 Ulster, 1960 Ford Zodiac Farnham Estate and a 1958 Vauxhall Victor Super. The display of Ferrari’s included an Enzo and a Dino, the local Austin Healey and Morris Minor clubs were there with each featuring a good number of cars with all manufacturers seeming to be represented:  Jaguar, Morgan, Ford, Porsche, Lotus, Alfa Romeo etc and rare marques including Jowett, Singer and Alvis also on show. A particularly pleasant 1960 Mini appealed too and it was good to compare our Triumph Herald Convertible to as they were both from the same era, the same summer, spending their first years by the seaside on the south of England. 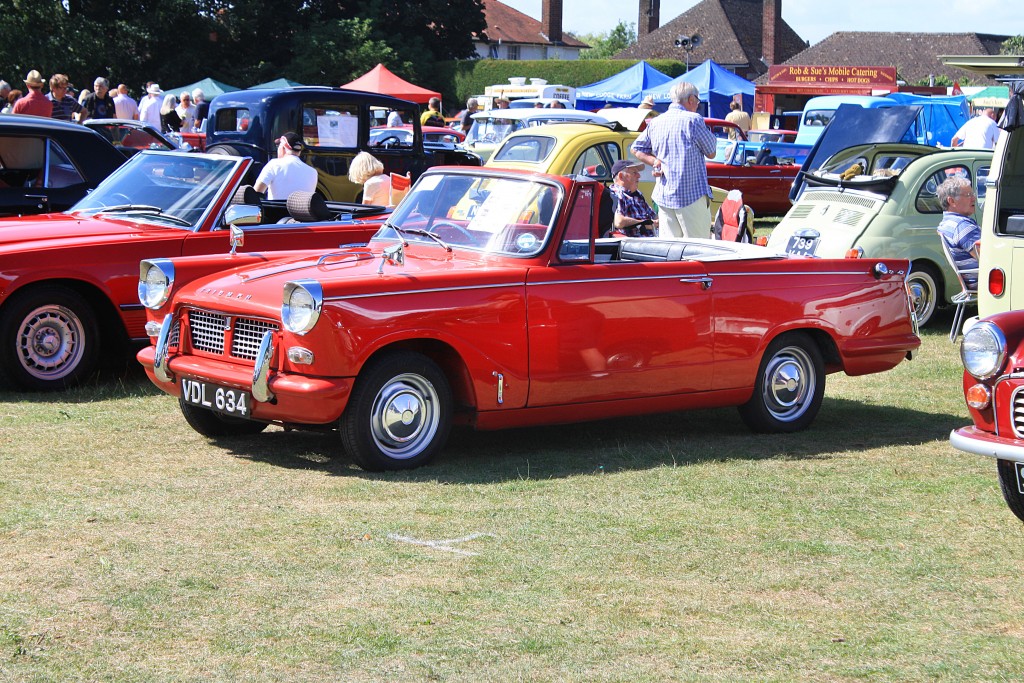 Talking of which, our little Herald showed well, especially as she hadn’t really been touched from the downpours of Santa Pod the month earlier, still sporting many of the rain spots from the journey home! Lot’s of great comments for the car too with many people whom, of course, ‘used to own one.’ Triumphs were well represented – an Olive Herald 1200 Saloon and Vitesse, Stag, TR4, TR5 and Six. 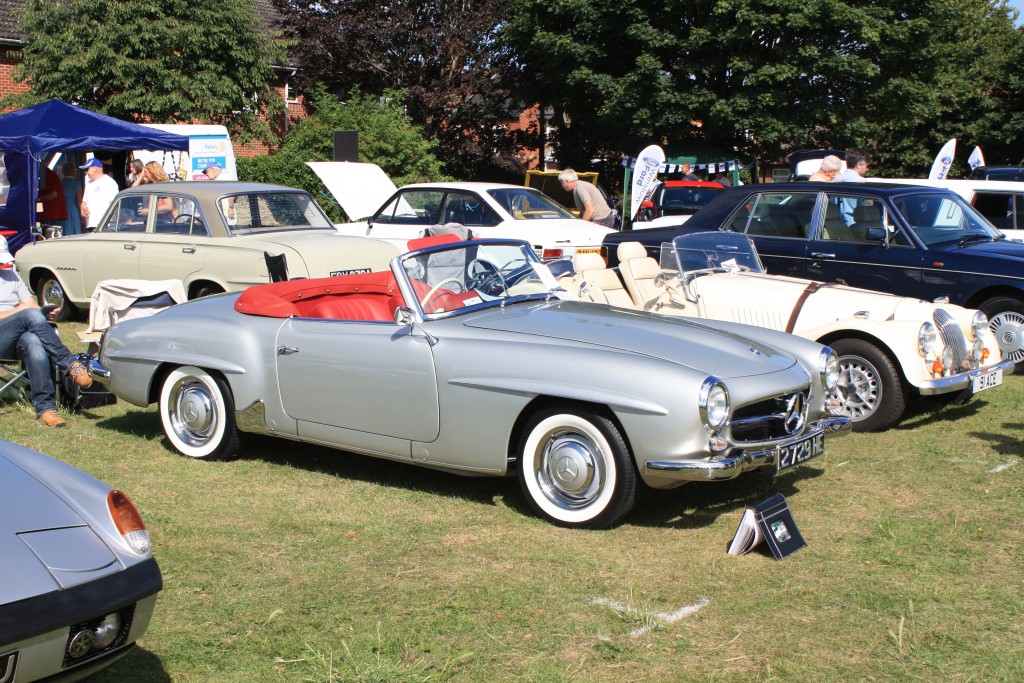 The car of the show this year was the stunning, recently restored, Mercedes Benz 190SL, with a modified 1954 Ford Popular and VW Camper claiming second and third spots.

A good ending saw the convoy of cars heading through the ‘chocolate box’ village of Higham Ferrers on their way home – we followed an Austin Healey 3000, an 1939 Austin Eight through the High Street with an E-Type Jaguar and Aston Martin immediately behind us.

Entry to the show was by ‘donation’ and buckets seemed to be filling up well with huge crowds, so it must be anticipated that the £6,000 raised last year will be easily matched. Plans are being drawn up for next years show already, scheduled for Sunday 6th August, 2017.