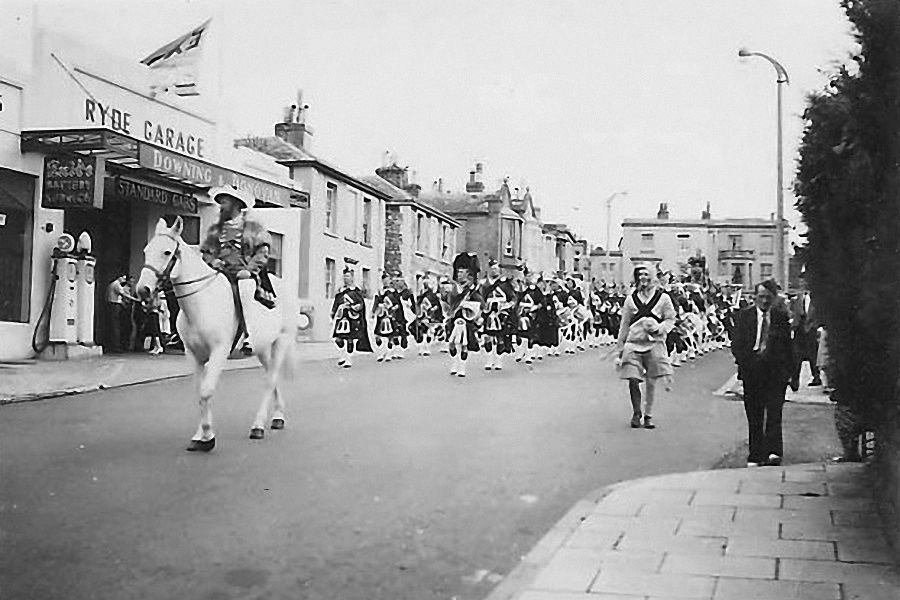 We have posted the photos on the Isle of Wight Heritage Facebook site to see is anyone can confirm a date. 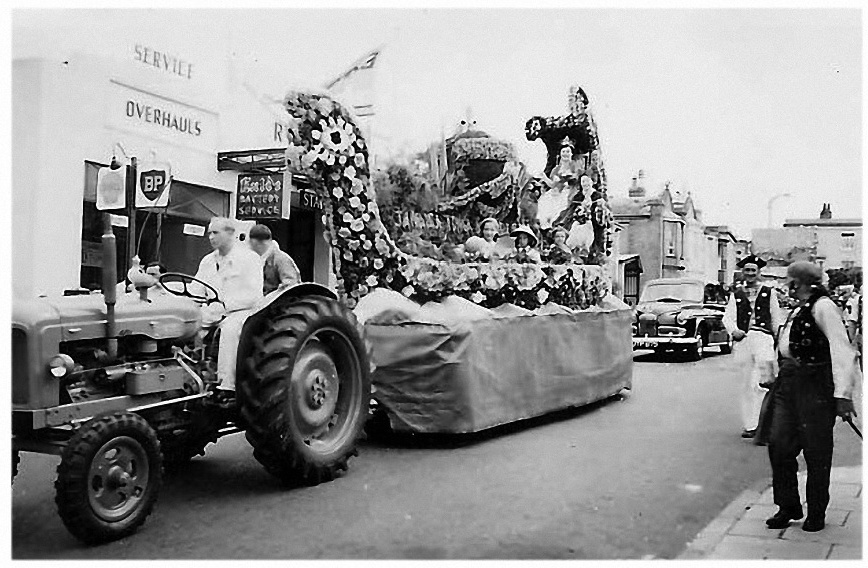 The following account was written by the Ryde Social Heritage Group

“The Carnival of 1960 was led as usual by Archie Warren astride his grey mare Freda, who had 12 carnival parades to her credit. This was despite the fact that Archie had been involved in a riding accident on Ryde Sands only five weeks previously. However an unusual event caused it to be remembered more than most, as the ‘pre-hysteric Era’ float entered by Warner’s Puckpool Holiday Camp and peopled by holiday makers,caught fire on its way along Melville Street, resulting in two cave men being hospitalised.

Warner’s had two entries in this year’s procession – the aforementioned featuring a 60 foot long dinosaur, with a cave on a following float, and a ‘South Pacific’ entry, from the St. Clare’s camp. Both entries won a cup – the Puckpool entry won the Percy Cup as the tableau, and St. Clare’s won the Walls Cup for best holiday camp float. That float comprised a 30 foot US sailor with numerous characters from the film and stage musical.

The Puckpool dinosaur was made of wood, hardboard and canvas, “with a sponge bath mat tongue hanging from gaping jaws”, according to the Isle of Wight Times of 8 September 1960. A number of happy campers had had an unusual addition to their holiday, by screaming into beer mugs, which was then recorded to provide the roaring sound effects for this procession. The neck and head of the beast moved independently, and 400 holiday makers were persuaded to accompany the animal on its way through Ryde.

On reaching Melville Street, flames suddenly swept through the dry foliage covering the cave, and setting alight the clothing of the competitors. Their screams alerted the driver, who stopped the lorry and tackled the fire with an extinguisher, whilst onlookers pulled burning debris from the float. Two camp staff, Peter Benn and Neil Henrickson were detained at the County Hospital with burns.” 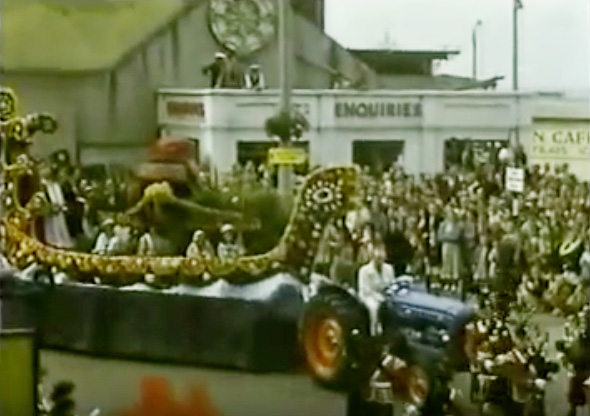 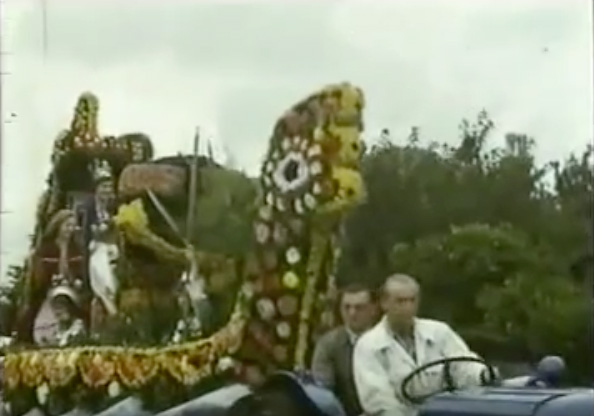