A mention, during a recent show, of Last of the Summer Wine – the Sunday tea-time comedy stalwart on the BBC which, in it’s heyday, was one of the most loved (and watched) programmes on TV. 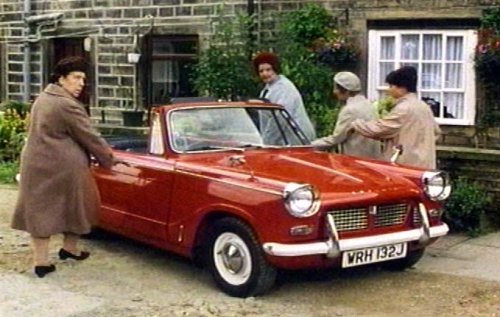 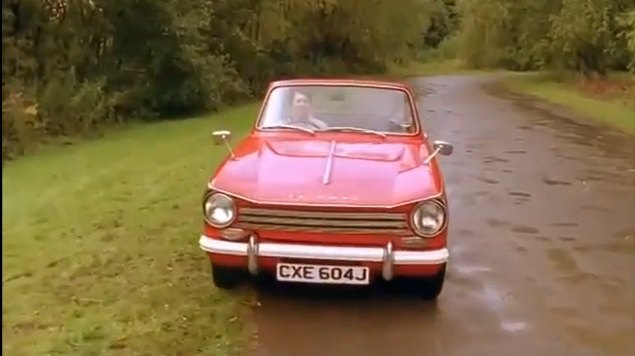 Corgi have produced a Last of the Summer wine car (based on their Damson 1360 – as a 948/1200 front Corgi model doesn’t exist) featuring Edie Pegden, played by Thora Hird. 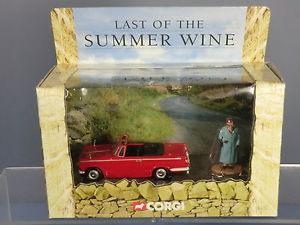 Corgi Last of the Summer Wine

Different cars, different numberplates (The Corgi car comes without a numberplate). Just to add to the confusion here is WRH132J advertised for sale – complete with a 13/60 front! 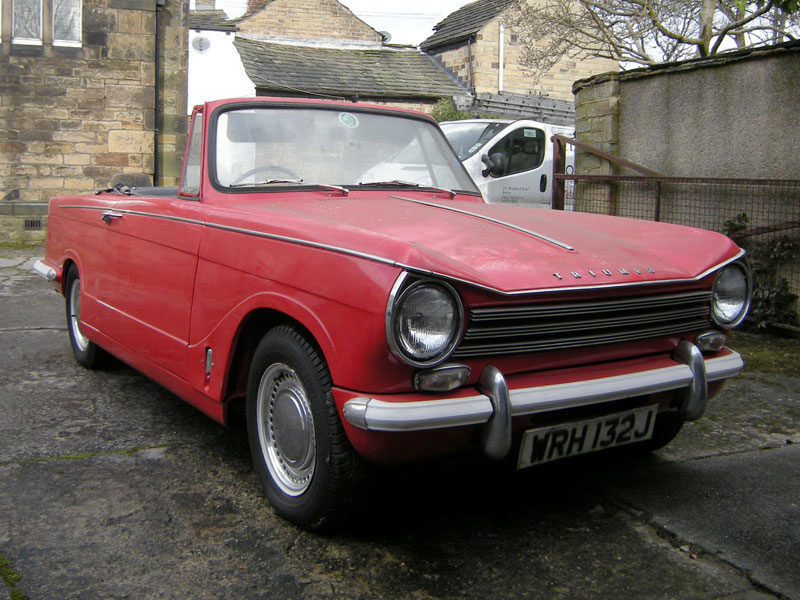 WRH132J Last of the Summer Wine

Details on advert, 13/04/2011:
Chassis No: GE56874CV
Engine No: GE63919NE  (Typo left in)
“The Red 1970 Herald 13/60 Convertible on offer will be immediately familiar to the many fans of Last of the Summer Wine – the world’s longest running sit-com that was screened by the BBC from 1973 to 2010. The Triumph belonged to Edie Pegden (played by the inimitable Thora Hird DBE); the wife of Wesley and mother of Glenda. It’s fair to say that Edie was not a natural driver, taking three goes to pass her test and still struggling with the controls thereafter; blaming Wesley for ‘moving things around’ whenever the long-suffering Herald got the better of her. Edie and the car were written out of the series following Hird’s death in 2003. We understand the Herald was extensively restored during 2005/2006 but has lain unused since. The vendor describes the engine and transmission as “good” when last run in 2006 and the coachwork, paintwork and interior trim as “good” now. A unique opportunity to purchase a true TV star.”

Car details:
This 1970 TRIUMPH HERALD numberplate WRH 132J was first registered on Monday 9th of November 1970 near Kingston-upon-Hull. At an estimated 85,185 miles, this car has done a lower than average number of miles for it’s age. This car had 4 previous owners before the current keeper acquired it. It was painted white previously.