Triumfest for 2017 took place again during the RetroShow at Santa Pod, Northamptonshire. A blisteringly hot weekend with a number of Triumphs and Standards on display, especially on the Sunday, the main day of the show. 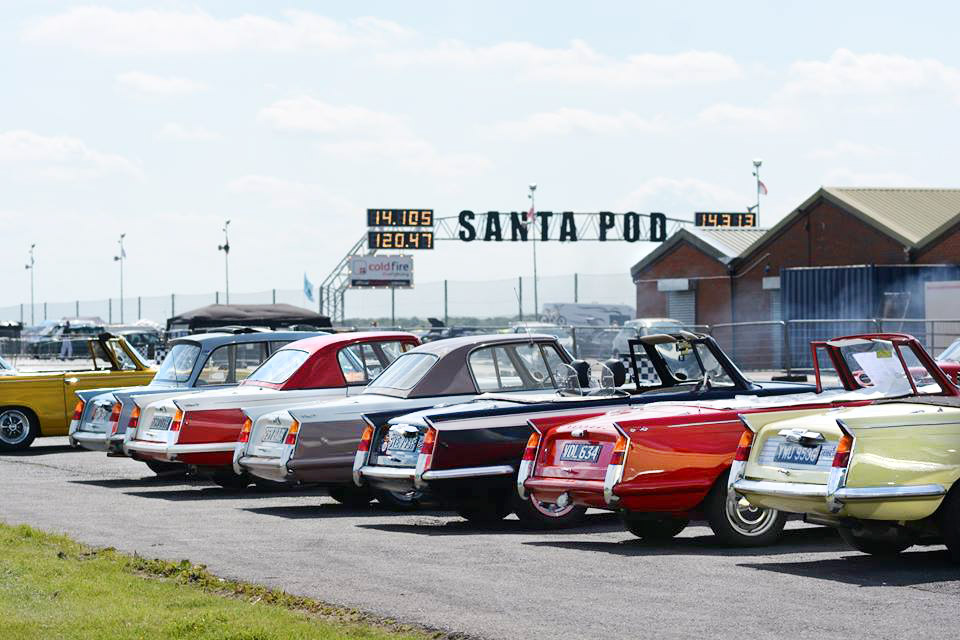 VDL634 went both days and received some very good comments, including from a gentleman who owned a 948cc Convertible back in 1962. He remembered his car particularly well and recalled a run with a Bentley around some scottish stretch were the Bentley tries so hard to over take the little Herald but couldn’t keep up around the bends, catching up on the straights – but with straights not long enough to pass! The picture shown was taken by Jane from the TSSC (Triumph Sports Six Club) who organise this get together as a replacement for the no-longer staged annual event at the Stafford County Showground.

Sadly the only 948cc convertible there for the whole weekend however a number of familiar, friendly faces with their cars made up for this – plus a couple of Isle of Wight registered cars too. These island cars, despite being so near to the sea, are great survivors.