The UK launch of the Triumph Herald convertible was originally planned for the UK Motor Show, at Earls Court in October with all early cars destined (from the launch in March 1960) for overseas. Due to high demand and, no doubt, someone pointing out selling convertibles wouldn’t be that great in the UK in October, the UK launch was brought forward – probably as early as possible, with the very few cars available. 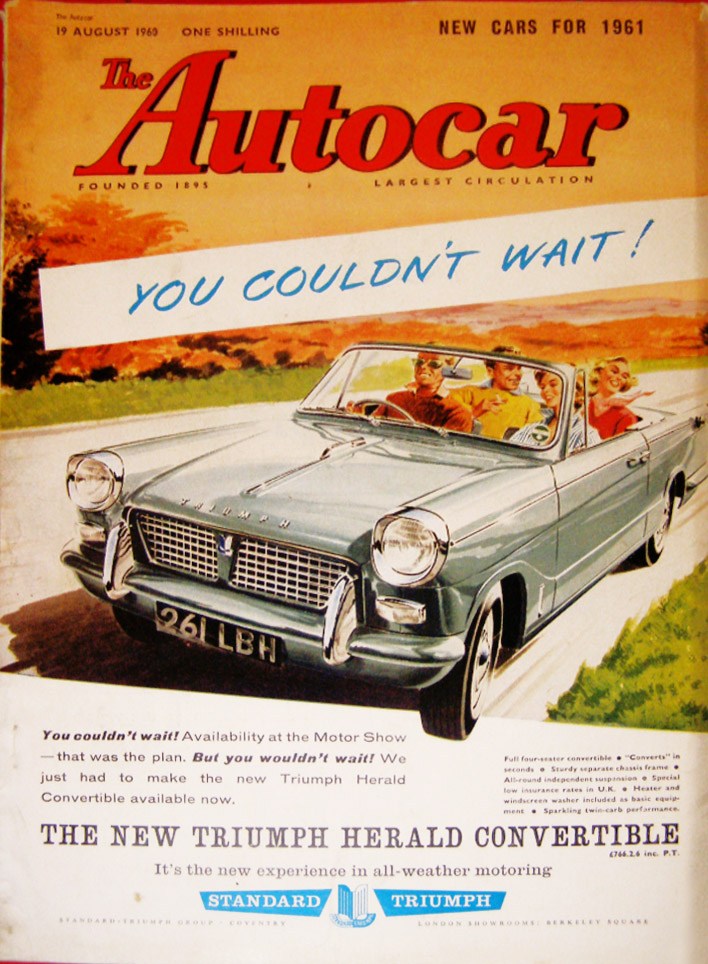 The date of this front page of Autocar is very significant to VDL634 (August 19th) as she was on her way to the Isle of Wight to be on display at Downing and Donovan’s Standard Triumph showroom, with a corresponding advert in the local paper dated 25th August.