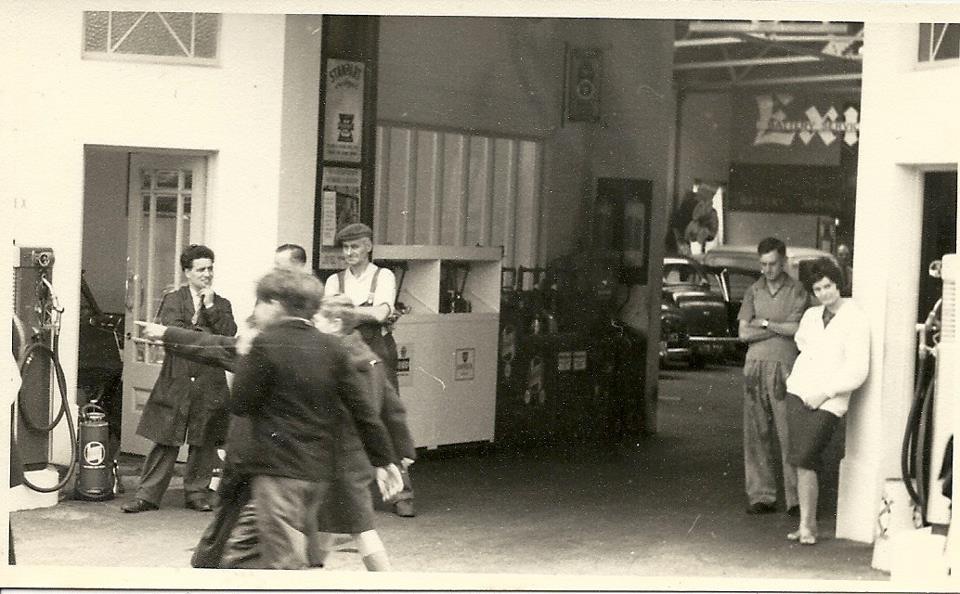 This remarkable photograph may feature our car. It was taken by Garry Stretch’s father in Ryde between September and October 1960. The original post was on Facebook so here are some of the 101 comments made on the photo:

Caroline Baker: Thats Ralph Shotter on the left in the photo, in the suit and tie. The owner at this time.

Loris Valvona: Good one Gary, a certain Michael Price worked there in the 60’s……

Caroline Baker: It’s Ralph Shotter’s Lancia Garage, Victoria Street. I know because I used to go out with him.

Garry Stretch: I don’t have anymore pictures I’m afraid. My dad served petrol there when he wasn’t driving buses. Mum worked in the office. He bought a new courier van in blue, YDL 6.

Lucky Phil: My brother in law served his apprenticeship there…… A certain Mr. Steve Rayment.

Jan Young: David Biddlecombe, my honourary Uncle was Manager there, I remember a lady called Margaret, who worked in the office. My first car, a MKIII Triumph Spitfire came from this garage, UDL 990H, I had it for thirty years, sold it a few years ago…miss it terribly!!

Hilary Higgins: Here is another photo of Ralph Shotter and staff. Brian Shotter with glasses and Margaret.

Hilary Higgins: Shotters took over Downing and Donovan/Ryde Garage in 1960. They kept the D&D name. At first they sold Triumph and Standard cars, later Vauxhall. First adverts for Lancia dealership appear in the County Press in Feb 1979. They were still Lancia dealers when they closed in 1992. The site was in Victoria Street which is off Garfield Road. Curiously Google Maps doesn’t name the street. The council bought the site and made it a car park.

Yvonne Masters: I believe John Masters may have been the manager here, I had a mini VDL827 loved this car , it was pale blue. (John Masters was my father in law).