A great series of colour slides have been unearthed after spending the last 50 years hidden in a box. The photographer was Guy Cooper (1939-1986) whom, in 1961, with his new 948cc Triumph Herald Convertible drove from London to Sri Lanka. 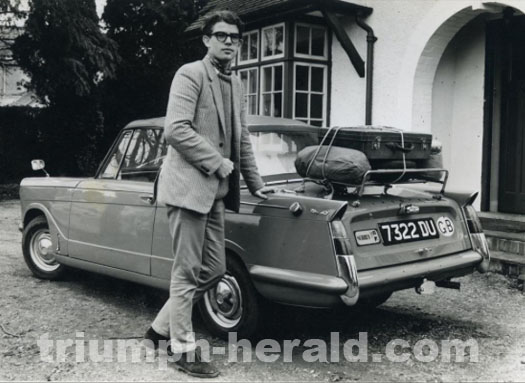 Guy Cooper and his Triumph Herald

“Next stop Sri Lanka. Guy Cooper and his Triumph Herald Convertible in England shortly before embarking on an epic trans European and Asian adventure driving to what was then called Ceylon. Both look more kitted out for a weekend in the country.”

The slides are a brilliant insight to the journey with this little car – we have managed to track down the details of the exact car: Commission Number: Y17867CV Engine No. Y20908HE. Lichfield Green. Registered 7322DU in Coventry on 24th October 1960. 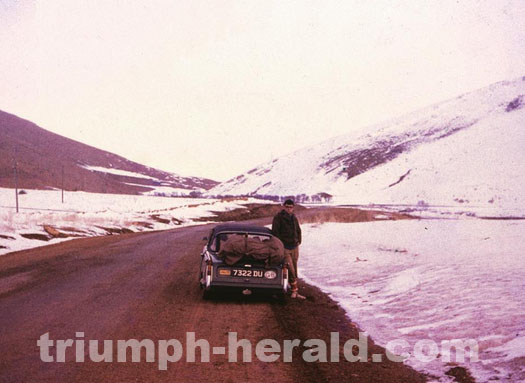 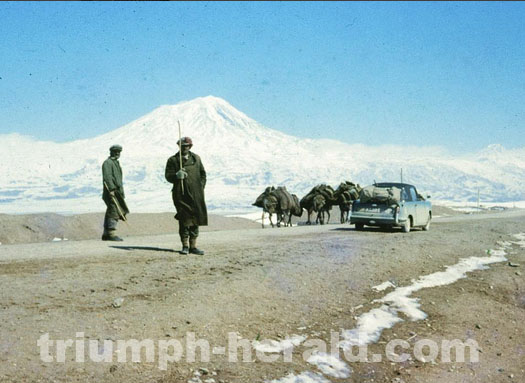 Meeting Kurds in eastern Turkey in the shadow of Mt Ararat. 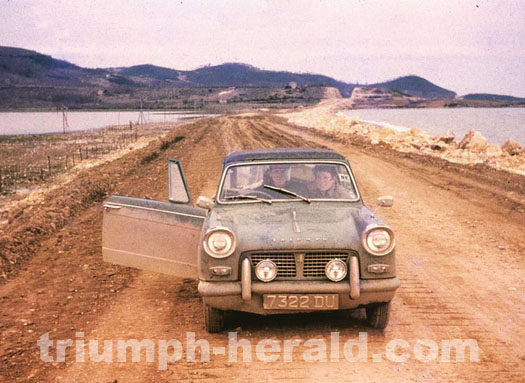 After very hard road before Trabzon